The Broxbourne Borough Cerebral Palsy Football Club (BBCPFC) was founded by Gavin & Tracy Taylor two years ago. Their son, Jackson, has Cerebral Palsy and was unable to play football with his able bodied friends yet there were no facilities or clubs in the local area where Jackson could participate in the sport he loves.

Like many young boys and girls, Jackson was just desperate to play football. As he grew older, he found it increasingly difficult (and dangerous) to keep up with his able bodied friends and as a result he became quite isolated. He would go along to the Broxbourne Borough Club to watch his friends play and would always wish that it was him kicking a football around on the pitch.

Gavin and Tracy wanted Jackson to have the same opportunities as his peers, which in this case is simply to enjoy playing football. As there was nothing available in the local or surrounding area, and with the encouragement of friends and the Broxbourne Borough club, they decided to start a dedicated Cerebral Palsy team to help Jackson and other CP children participate safely in playing football.

This was the first time most of the children had played football with other CP sufferers. It was a very emotional time as Gavin & Tracy realised that many other parents were also frustrated at the lack of facilities for their children to play sport. To see the smiles on the kids’ faces made Gavin & Tracy determined to offer something on a more permanent basis and they subsequently set up weekly training sessions every Saturday.

BBCPFC has gone from strength to strength and now has 25 boys and girls, the vast majority of who attend every week without fail. Their parents often tell how this is the highlight if their week. A child with Cerebral Palsy is just a child. They want to do what other children do and the BBCPFC enables them to be included in a sport they love.

How the lottery works

That's right, unlike many other lotteries, our lottery tickets are only £1 per week.

50% to your chosen cause and 10% to other causes in Broxbourne.

Match all 6 numbers and you win the JACKPOT! 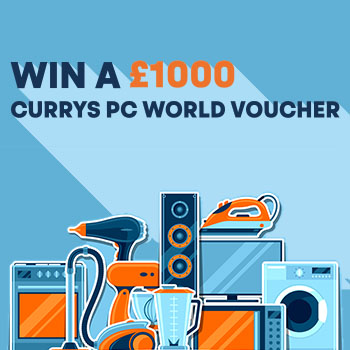 Need an upgrade? Get your tickets before 27th August for your chance to win an amazing £1,000 Currys eGift card! From kitchen appliances to TVs, and laptops to iPhones, there’s something for everyone!

Need an upgrade? Get your tickets before 27th August for your chance to win an amazing £1,000 Currys eGift card! From kitchen appliances to TVs, and laptops to iPhones, there’s something for everyone!

How do I enter?

It's simple just buy one or more tickets before Sat 27 August 2022. Each ticket gives you a chance to win. So more tickets mean more chances to win!

How was your experience with us?

What do you think of the Broxbourne Lottery website?

Thank you for your feedback

Our team will take your feedback on board to help improve our website.

If you have any questions or need help, please contact our Customer Support team.